Hormone Replacement Therapy can be a great way to improve your quality of life and alleviate many of the symptoms that come with hormone imbalances.

Are you experiencing low energy, weight gain, or a loss of libido? If so, it could be due to your hormones. Dr. Dinetz specializes in bio identical hormone replacement therapy for men and women with hormonal imbalances. 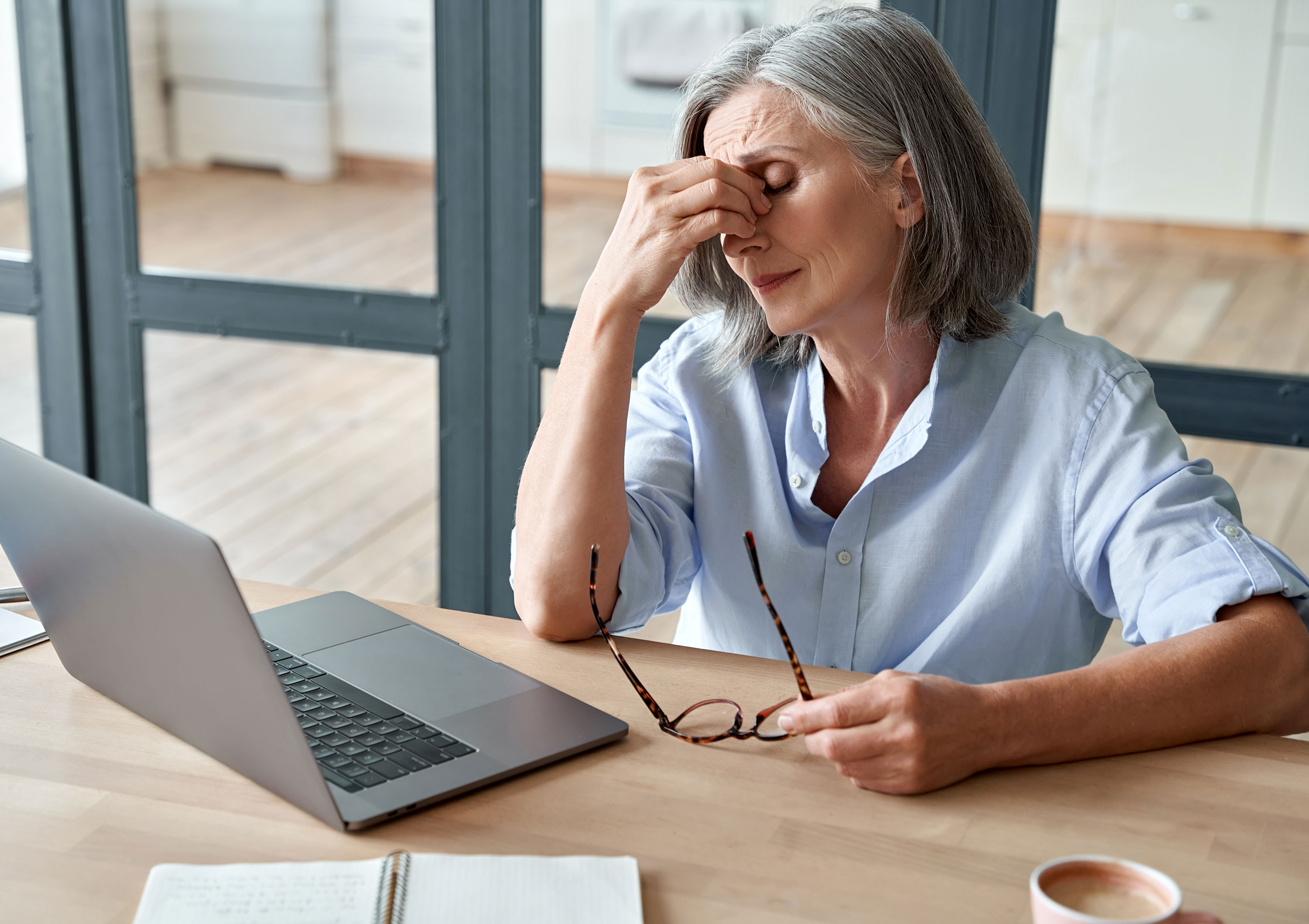 As you age, your hormone levels naturally decline. This can lead to a wide range of symptoms, such as fatigue, brain fog, insomnia, weight gain, and decreased libido. If you're experiencing these symptoms and want to improve your quality of life, hormone replacement therapy (HRT) may be right for you. But before you start HRT, it's important to evaluate your hormones and determine the best treatment plan for you. In this blog post, we'll discuss how to evaluate your hormones and what treatment options are available. Keep reading to learn more!

What are bio-identical hormones?
‍
These are our sex hormones like estrogen and progesterone produced exactly in the structure of how our body makes it, often from Yam or similar plant base sources. It is well known in the medical community that contraception (birth control pills, hormonal IUD’s) and oral post-menopausal hormone therapy is not bioidentical but instead comes from horses. Thats right, it’s actually extracted from Equine (horse) urine and then synthesized synthetically to make such things as estrogen in birth control pills which so many women are still taking. The synthetic conjugated equine Estrogen (CEE) binds to our hormone receptors differently than would normally our own. Furthermore, the Progesterone is a non-bioidentical called Progestin (not Progesterone).
‍
Think of these like a lock and key scenario, you put the key you think is the right one into the lock but you can’t rotate it to unlock the door. This is precisely what happens when a synthetic hormone binds to our cell receptors causing an imbalanced signal to our bodies. Furthermore, there is an actual competition between synthetic progestin and our own natural progesterone which may cause Estrogen dominant symptoms. These include period migraines, PMS, breast tenderness, abdomen cramping with periods, ovarian cysts and more. We have seen in clinical practice that once getting off of such birth control and clearing the liver often these symptoms improve. Sometimes women experience no issues with hormone therapy. Advanced workup of hormones and their metabolites or breakdown products can ultimately tell if there is an imbalance whether one experiences symptoms or not. This is also part of proper preparation for conception and fertility.
‍
Concerns with Non bioidentical hormones:
‍
Aside from the obvious ethical concerns involved, there are a lot of issues with this form of hormone therapy on health in general. Celebrities including Susan Somers have brought this to the light. It can lead to blood clots in genetically predisposed women, weight gain, liver inflammation as this is where they break down. Scarily it may make you less attractive to your current partner if you stop it during the relationship according to more recent research Here.
‍
I heard about cancer links from hormones is that true? Are there any risks in bioidentical hormone therapy?
‍
This would be false based on what we now know. There was a study about 20 years ago now called the women’s health initiative (WHI) that said estrogen combined with progestin increased breast cancer. What was most interesting was that most doctors and the media only read the conclusions instead of what the paper actually showed. What they saw was that there was a decrease in breast cancer incidence when compared to the control group when using estrogen alone.

As we briefly discussed the synthetic progestin doesn’t fit the lock and key making estrogen more imbalanced which very well may explain any sort of discrepancy with its use but it gets better. Professional researchers and statisticians have since dissected the study to find some concerning issues with it. The results weren’t statistically significant where it did find increased cancer incidence, meaning it is not likely the result of this therapy vs chance alone. Lastly, this study was done years ago when CEE use along with synthetic progestins were being used, not the less inflammatory bioidentical hormones which have not shown to increase any risk of blood clots, liver inflammation or even cancer to date.
‍
Lets go deeper to look at risk vs benefit of hormonal use in post menopause:The nurses Health Study (NHS):This large study showed no increase in breast cancer no matter the hormone women took monitoring them for longer than 10 years!
There have been numerous other studies that show not only that estrogen replacement therapy in age appropriate women to be safe but actually may decrease the incidence of cancer and diseases associated with aging. Here is a sum of the data points to clear up: The majority of breast cancer victims were never on hormones and most women on hormonal therapy don’t develop cancer. Women who have been exposed to estrogen for longer periods in their life (earlier menarche and later menopause) have not consistently shown in increased incidence of cancer meaning estrogen exposure isn’t likely a cause, according to 4 studies that looked at this.Administration of estrogen has shown to have beneficial effects on breast cancer. University of London director of cancer research Reported 25% of advanced breast cancer patients given high-dose estrogen fared better than those who did not. A study from the University of Cagliari in Italy showed remission rate of 50% of breast cancer patients treated with Estrogen.
‍
Symptoms of having low estrogen and what such therapy has actually shown to help alleviate:
‍
Palpitations (an early sign of menopause)
Dry eyes and mouth
Urinary Tract Infections (UTI’s)
Irregular bleeding
Bloating often misdiagnosed as IBSS
welling i.e. in face or legs
Joint pains
‍
Longevity implications of bioidentical hormone use:
‍
Improved bone mineral densityTighter more rejuvenated skin and mucous membrane health Improved sense of vitality and sex drive restoration. Decreased markers of inflammation relating to cardiovascular disease or heart disease.
Most recently there was a large study done on cognition and memory which backed up the increasing amount of literature that restoring hormone levels can have healthy impacts on the brain. Here is the summary of their findings:
‍
“The researchers concluded that all modes of hormone therapy (HT) delivery were associated with reduced risk of all Neurodegenerative diseases (NDD) including Alzheimers and Dementia. Even the use of oral estradiol, known to produce inflammatory liver markers, was associated with significantly reduced relative risk compared to non-HT users.

Longer duration of therapy (>1 year) was associated with greater protective effect than short-term therapy (<1 year). Formulations that contained the bioidentical hormones 17B-estradiol and/or progesterone (compared to synthetic formulations) were associated with a greater reduction of all NDD risk including Alzheimer’s regardless of route of delivery. The authors highlighted the need for precision HT to increase predictive safety and outcomes. (It should be noted that women who receive HT are known to be generally healthier, more educated, and socioeconomically advantaged relative to non-users, which could influence outcomes in observational studies.)”
‍
The literature is exponentially growing and showing that the benefit vs any risk is outweighed when it comes to bioidentical hormone use and aging in women. That is of course considering the proper screening that must occur prior to starting. First of all, mammograms while in some respects are controversial as to when and in whom they should be done, can elicit breast cancer that thermography and ultrasounds do miss.

Furthermore colonoscopy as age appropriate screening can uncover any precancerous or cancerous polyps and a Pap smear and transvaginal ultrasound may rule out concerning lesions in a woman that may complicate and contraindicate treatment. Also if a woman starts later than 60 years old or has a strong family history of heart disease she may warrant cardiovascular clearance to ensure no unstable heart disease prior to starting. Doing this will lead to the most success and happy outcomes for women seeking hormonal and anti aging care.
‍
When should a woman start?
‍
This is a point that used to be more debated but it appears the consensus from the science and menopausal organizations is right at menopausal onset or perimenopause (The time a women starts to have hormonal decline and symptoms). Starting right after a woman is diagnosed may be ideal to help deal with sleep, anxiety or mood issues that often arise while also protecting bone health from osteoporosis. Starting at full on menopause which is after a woman hasn’t had a cycle in over 1 year, it has shown to result in the best outcomes since the hormones haven't been depleted for that long. For example, cognitive benefits while on post-menopausal hormonal therapy have been found most pronounced in women who were taking it the longest in a recent study. The consensus among menopausal societies and functional endocrinology competent doctors is generally to start within 10 years of menopause. This is referred to as a “therapeutic window.”
‍
While some sources may say when to stop therapy, given the aforementioned newer data and clinical knowledge of women’s prolonged success on it, it may be indefinitely but always becomes a conversation about what a patient’s priorities and needs are based on the evidence to support it with proper screening and check ups.

Are you interested in learning more about your hormones ? An advanced test evaluation can provide deep insights.
Contact our office today to schedule an appointment with Dr. Dinetz. Learn more about what does a microbiome test show and what it tells you about your overall health.
‍

Thank you! Your submission has been received!
Oops! Something went wrong while submitting the form.